Iowa Council of the United Blind 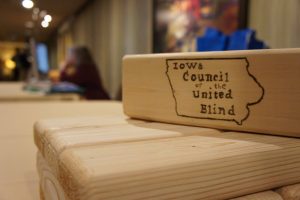 Who We Are and What We Do

We are the Iowa Council of the United Blind—ICUB, for short–and we are here for you. We are blind people dedicated to empowering Iowans who have vision loss with the tools, support and opportunities needed to build a better, fuller, and more independent life. We are a resource. We are advocates. We are fighters for equality. We are your friends, neighbors, and colleagues from all walks of life.

The Iowa Council of the United Blind is a consumer-run organization dedicated to improving the equality, opportunity, and independence of blind Iowans.  Through education, advocacy, and a firm belief in the potential and abilities of people with vision loss, we help each other become fully participating members of our families, communities, and workplaces. 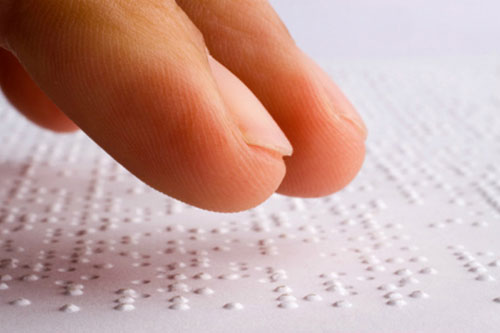 Braille is a system of touch reading and writing for blind persons in which raised dots represent the letters of the alphabet. Braille also contains equivalents for punctuation marks and provides symbols to show letter groupings.

Braille is read by moving the hand or hands from left to right along each line. Both hands are usually involved in the reading process, and reading is generally done with the index fingers. The average reading speed is about 125 words per minute, but greater speeds of up to 200 words per minute are possible.

By using braille, blind people can review and study the written word. They can become aware of different written conventions such as spelling, punctuation, paragraphing and footnotes.

Most of all, blind individuals can have access to a wide range of reading materials including educational and recreational reading and practical manuals. Equally important are the contracts, regulations, insurance policies, directories, appliance instructions and cookbooks that are part of daily adult life. Also, through braille, blind people can pursue hobbies and cultural enrichment with such materials as music scores, hymnals, playing cards, Scrabble boards and other games. Various other methods had been attempted over the years to enable blind people to read, many of them raised versions of print letters. It is generally accepted that the braille system has succeeded because it is based on a rational sequence of signs devised for the fingertips, rather than imitating signs devised for the eyes. In addition, braille can be written by blind people and can be used for any notation that follows an accepted sequence, such as numerals, musical notes or chemical tables. 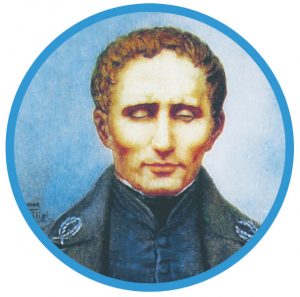 Louis Braille, the founder of the embossed dot system of representing letters that bears his name.

A blind eleven-year-old boy took a secret code devised for the military and saw in it the basis for written communication for blind individuals. Louis Braille, newly enrolled at the National Institute of the Blind in Paris, spent nine years developing and refining the system of raised dots that has come to be known by his name.

The original military code was called night writing and was used by soldiers to communicate after dark. It was based on a twelve-dot cell, two dots wide by six dots high. Each dot or combination of dots within the cell stood for a letter or a phonetic sound. The problem with the military code was that the human fingertip could not feel all the dots with one touch.

Louis Braille created a reading method based on a cell of six dots. This crucial improvement meant that a fingertip could encompass the entire cell unit with one impression and move rapidly from one cell to the next.

The system of embossed writing invented by Louis Braille gradually came to be accepted throughout the world as the fundamental form of written communication for blind individuals, and it remains basically as he invented it.

Over time, there has been some modification of the braille system, particularly the addition of contractions representing groups of letters or whole words that appear frequently in a language. The use of contractions permits faster braille reading and helps reduce the size of braille books, making them less cumbersome.

Several groups have been established over the last century to modify and standardize the braille code. A major goal is to develop easily understood contractions without making the code too complex. 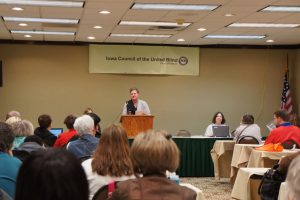 The Iowa Council of the United Blind exists to advocate for and represent blind persons.  We seek to promote the blind in their diverse expressions of life and culture whether in gender, age, background, ethnicity, religion, race, sexual orientation, or political affiliation.  We exclude no one based on any of these characteristics. We know such diversity will promote an ongoing exchange of ideas and collaboration which in turn will make us more effective in advocating for what is best for all blind Iowans.

We are committed to providing donors with the utmost in privacy and security. We abide by all industry guidelines and consistently monitor our management and operating methods in order to maintain our valued reputation and integrity.

2022 Providing Donations to Charities Throughout America. All rights reserved

A problem was detected in the following Form. Submitting it could result in errors. Please contact the site administrator.